The historic city Faizabad on the banks of River Ghaghra is a joint municipal board along with its adjacent city Ayodhya. The city operates under the Faizabad administration division along with Ambedkar Nagar, Amethi, Barabanki and Sultanpur districts. The city also acts as an administrative headquarters for Faizabad division. Faizabad is also one of the five tehsils of its district including Bikapur, Mikipur, Rudauli and Sohawal. 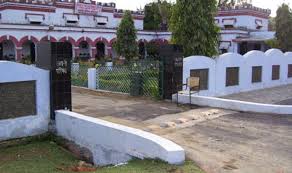 The administration through the Cantonment Board is operated through a 14-member team which is headed by a board president. Apart from the board president the other board members are a health officer, an executive engineer, district magistrate or any other civil service officer as a nominee of district magistrate, chief executive, 2 other member nominated by the Station Commander and the rest of the seven members are elected.

The meetings held in the Board are all headed by the board president and he is entirely responsible for fulfilling all the missions of the Board. In the absence of president the vice president fulfills the duties of the president which includes the authority to take any important decisions and heading the Board meetings. The chief executive officer who is also the member secretary of the board heads various Board departments like the Hospital, School, engineering department, Sanitation department, Revenue department, Accounts department, court section and Administration section. The Faizabad Cantonment Board collects taxes on house, water and conservancy. The services provided by the Board are the birth and death registration, street lighting, community hall booking, water supply, sanitation, hospital, library, water tree and many more.

The types of vehicles used for Faizabad Cantt area sanitation are automatic garbage compactor, a sewer cleaner and about 68 numbers of high power water jets. The Cantonment Board incorporates both manual and mechanized mode of garbage disposal methods. For collecting garbage in the Cantt area the Board uses two tractors, two trucks and one tipper. The other sanitation services provided by the Board in the area are removal of dead cattle, trees, cleaning soak wells, latrines, septic tanks and urinals, sweeping roads daily and drainage cleaning.

Faizabad Cantonment Board is also responsible for supplying water for all the residents and commercial establishments in the Cantt area which supplies about 225 litres water per day. About 51 hand pumps are provided to the residents in cantt area for supplying water. The board also operates a hospital within the Cantt area to provide the basic healthcare facilities for the residents. The hospital has about 8 bed facilities, a pharmacy, experienced doctors and medical staffs like a dresser and mid wife. The hospital also has children vaccination facility.