There are different aspects that are integrated in the culture of a place, like the customs, festivals, religion of the people, cuisine of the place, dressings etc. Faizabad is one of the oldest places of India and Utter Pradesh and that is why, one can feel the rich cultural heritages that are running through the veins of the place. The culture of Faizabad is very similar to the general culture of the state of Uttar Pradesh. In ancient times, Uttar Pradesh was a part of the Great Suryavanshi rulers and King Raghu, the first king of the Raghuvansh linage, a part of the Suryavanshi rulers, had been very famous in creating a famous cultural heritage in the place.

Music and Dance in Faizabad 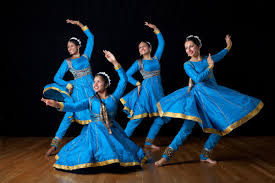 Many great singers and musicians have grown up in the place. The famous ghazal singer, Begum Akhtar was born in Faizabad and her vocal skills had impressed people all over the World. She was honored in different parts of India due to her mastery of the craft. Still today, there are many people is Faizabad who continues to practice ghazal singing in their pastimes. The “Rasiya” singers of Faizabad are famous for their songs on Ras-Leela, the divine love story between Radha and Krishna. Apart from these forms of music, other musical formats like Thumri, Qawwali, Birha etc are also popular in the music scene of Faizabad.

Uttar Pradesh is considered as the birth place of the Kathak dance. It is very closely related with Hindustani classical music, a culture that is very prevalent in Faizabad. There are two different schools of this specific dance form and they are the Lucknow School and the Benaras School. In Faizabad, the Kathak dancers and instructors are more inclined towards the Lucknow school or gharana of Kathak dance.

The biggest festival of Faizabad is Diwali, the festival of lights. Like other parts of India, Diwali is celebrated with much fanfare here. Ram Navami is another popular festival in Faizabad. Holi Purnima, Buddha Purnima, Mahavir Jayanti, Shivratri, Vasant Panchami, Eid, Chhath puja, Christmas, Hanuman Jayanti etc are some other popular festivals in Faizabad.People of different religions, like Hindu, Muslim, Christian, Jain, Parsi etc live in the place.

The people of Faizabad dress in both traditional and western ways. The traditional dresses are colorful and they are draped around the body. Sarees for women and kurtas, dhotis etc are used for men as traditional dresses. Apart from sarees, salwar kameez are also quite popular among the women of Faizabad. In traditional festivals, men like to wear sherwani, a type of highly decorated kurta. Trousers and shirts are generally worn by men.