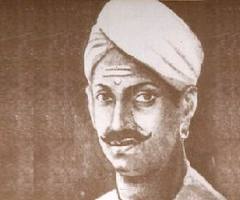 Mangal Pandey was the first martyr in the Sepoy Mutiny of 1857 and he is still honored as the person who initiated the outbreak. He was born in Faizabad and was a sepoy (internationally known as private) in the 34th Bengal Native Infantry. He refused to use the cartridge of the infamous Enfield Rifle and shot a higher ranked British Officer. His actions motivated his fellow soldiers to take arms against the British Officials. Mangal Pandey is a prominent part of modern Indian history and the Indian Government had issued a postage stamp in 1984 to honor his sacrifice.

Saadat Ali Khan was the first Nawab of Awadh. He was the son of the famous Mughal Courtier Muhammad Nasir and joined his father to the campaigns of Aurangzeb against the great Maratha Empire in the Deccan. His services for the Mughal Empire were recognized by Aurangzeb and he was awarded with the title “Khan Bahadur”. He became the ruler of five districts under the Mughal Empire, and these districts are Lucknow, Bahraich, Gorakhpur, Khalilabad and Faizabad. Saadat Ali Khan established peace in the area and unified these places. His palace was situated near Ayodhya and he laid the foundations of the city of Faizabad. His intelligent management policies had increased the earnings of the state and pleased Muhammad Shah, the contemporary ruler of Delhi and he was awarded with another prestigious title, the “Burhan-ul-Mulk”.

The most famous ruler and the creator of the Faizabad city is Shuja-ud-Daula. He was a minor royal in the Delhi Sultanate, but still he played important roles in the Third Battle of Panipat and the Battle of Buxar. He was the main force behind the creation of modern Faizabad city and established houses, markets and roads. His wife, popularly known as the Bahu Begam, had been very instrumental in his decision of decorating Faizabad. Bahu Begam herself ordered to build many of the important historical buildings adorn in today’s Faizabad. After the lose in the Battle of Buxar, Shuja-ud-Daula had erected a fortress on the banks of the Saryu River. 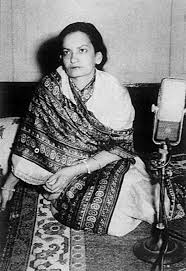 Akhtari Bai Faizabadi is popularly known as Begum Akhtar. She is one of the most popular Indian singers of modern times. Her expertise over different genres of music, like Ghazal, Thumri and Dadra are widely discussed. She was a recipient of both Padma Shri and Padma Bhusan by the Government of India. She was awarded with the title of Mallika-e-Ghazal or Queen of Ghazals contribution in the field of Ghazal singing. For excellence in vocal music, she was inferred with the Sangeet Natak Akademi Award.

Mir Babar Ali was a famous poet born in Faizabad in 1802. He belonged to a family of poets and his grandfather, Mir Hasan was the composer of the famous “Masnavi Sehrul Bayan”.  His father Mir Mustahsan Khaleeq was also a poet. Mir Babar Ali was an ardent admirer of Homer, Virgil and Valmiki, of Urdu poetry and he is still extremely popular in “marsia”, the Indian form of Elegy.

Ashfaqulla Khan was one of the most renowned freedom fighters in India and the first Muslim who was hanged in Faizabad Jail for Conspiracy against the British rulers. He was a strong follower of armed struggle and wanted to instill fear in the hearts of the rulers. He, along with Pandit Ram Prasad Bismil was the masterminds of the infamous “Kakori Train Robbery”. Later Ashfaqulla Khan was arrested and detained in the Faizabad Jail, where he was later hanged. A memorial has been erected in the same jail and it maintained by the jail authorities.

He was one of the most eminent scholars of Urdu poetry. His prose is also considered as an eminent gem of the Urdu literature.He was efficient in writing “Nazm” poetry and also written Ghazals.
Chakbast was a famous Urdu poet who belonged to a famous Kashmiri Pandit family settled in faizabad. His father Pandit Udit Narayan Chakbast was the Deputy Collector of Faizabad and a poet. After the death of his father, he moved to Lucknow with his family and he was a successful lawyer by profession.

Explore more about History of Faizabad