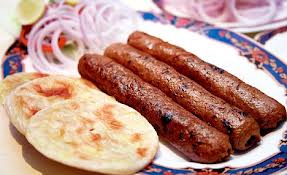 Food Habits of the People of Faizabad

In general, the households of Faizabad follow the traditional North Indian style of food. Rice and roti are the two staple diets of the people. Also, the people of Faizabad, prefer both vegetarian and non-vegetarian foods. The day begins with a heavy breakfast, which includes chapattis, daal, sabzi, paranthas, jalebis, etc are important breakfast preparations. What is important to know here is that whether the household is strictly vegetarian or non-vegetarian, breakfast usually consists of vegetarian preparations in Faizabad, like most other parts of North India. Rice is the most preferred dish in lunch and dinner. Rice is eaten with different kinds of other curry based preparations. These curries are mainly prepared with fish and chicken or mutton. Paneer is a popular food in these parts of India. Apart from mutton and chicken based dishes, Awadhi cuisine has developed different paneer based dishes to attract the vegetarian food enthusiasts.

Any discussion of the food habit of the people of Utter Pradesh as well as Faizabad will be incomplete if there is no mention of kebabs. Kebab is an integral part of the Awadhi cuisine and widely popular in Faizabad. One can even spot street shops selling kebabs to the customers. Different kinds of kebabs are popular in Faizabad, like Seekh Kebab, Boti Kebab, Shami Kebab, Kakori Kebab etc. Generally, in Awadhi style of cooking, the kebab pieces are grilled on a “Chula”, a special type of fire place, while in Punjab the kebabs are grilled in a tandoor. That is why, kebabs of Utter Pradesh is often called as “Chula” Kebabs.

Chat and samosa are two very popular foods of Utter Pradesh and people of Faizabad are partial to these two foods as snacks. Basically, these two foods have become an integral part of the street food scene of all over India. Apart from chaat and samosa, the street food scene of Faizabad is glorious with the presence of dahi vada, aloo tikki, papri chaat, golgappa and so on.

Some Important Hotels in Faizabad

Here are some hotels in Faizabad.