The foundation of Faizabad was laid by the famous Sadat Khan, who was given the responsibility of ruling the Awadh Province by the Mughal court. The initial settlements were established on the banks of the Ghaghra River. Faizabad was the first capital of the Nawabs of Awadh and there are a number of historically relevant sites that attract tourists. 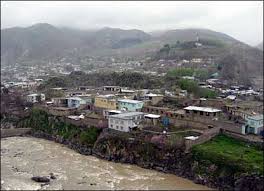 Gulab Bari or the Garden of Roses, Bahu Begum ka Maqbara, Military Temple (The Military Police CMP Temple), Guptar Ghat, Company Gardens, Ghanta Ghar, Shringi Rishi Ashram are some of the most popular tourist places in Faizabad. One can also book a private car or auto and visit these places in a span of one day. Like most of the Indian cities the drivers of these cars can work as guides for the tourists.

The Shringi Rishi Ashram is 35 km away from Faizabad town. As per the Hindu myths, the Shringi Rishi performed the Putrakameshti Yajna for King Dashrath. This ashram is very popular among tourists here. A big fair is held here in the month of May which attracts many people.

The Military Temple of Faizabad is a serene place, which is popular for the pollution-free environment. The serenity of the atmosphere adds to the spiritual aspect of the place. The tourists can have a beautiful view of the River Saryu from Guptar Ghat. Hindu Mythology says that Lord Rama had taken “Jal Samadhi” here. A number of ancient temples adjoining the ghat increase the spirituality of this place. This place is well-maintained with green banks and beautiful steps. Boat ride from Guptar Ghat is a must do thing for the tourists coming to Faizabad.

Guptar Ghat is one of the most popular ghats situated on the holy bank of River Saryu which is located in a well-flourished city of Faizabad. 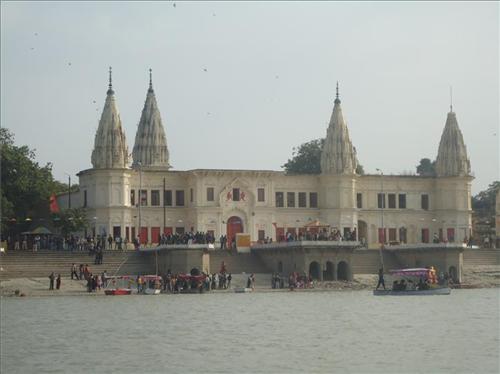 Guptar Ghat is situated very near to the famous Company Gardens. The history of Guptar Ghats dates back at the times of Lord Ram. Guptar Ghat is also known as Guptar Jetty. According to mythology, it is believed a place where Lord Ram took his Jal Samadhi. It is said that Lord Rama immersed himself in the holy waters of River Saryu.

Based on this philosophy it is said that Lord Ram took the Jal Samadhi in order to leave the earth and reach a serene place called ‘Baikunth', a divine place of residence or abode of Lord Vishnu. Lord Rama preferred to drown himself in River Saryu to go to Baikunth, thus, making River Saryu and Guptar Ghat one of the most spiritual places on earth. Many devotees come here to take a small dip in this spiritual waters. They consider that their sins of life are washed away in this holy river after a dip.

What to do at Guptar ghat

Devotees come here to pray as it is one of the spiritual places especially for the Hindus. Many temples have been built at Guptar Ghat in the memory of Lord Rama and other deities as well. Some of the temples include Raja Mandir, Vishnu Temple and Chakra Harji. Devotees spend time to pray at each of the temples here. The temples here mark the ancient culture of Hindu religion.

You can also enjoy a boat ride at Guptar Ghat. The boat will take a small round of River Saryu. If the climatic conditions are not good then you might not get to enjoy the boat ride.

If you visit Guptar Ghat, make sure you are there during the time of sunset as it is something which shouldn't be missed. Photographers should ensure that they have their cameras ready during a visit to Guptar Ghat to catch the beautiful picture of the setting sun.

How to Reach Guptar Ghat

Guptar Ghat is about five kilometres or ten minutes' drive from Faizabad railway station. Guptar Ghat is very near to the famous Company Gardens. It is situated in the Faizabad Cantt area near the Military zone of Faizabad. It is easily accessible by road.

Faizabad is one of the important shopping centres in Uttar Pradesh. Faizabad Chowk is renowned for shopping. Tourists like to buy custom jewellery and clothing from the area. Other important shopping points in Faziabad are Bajaja, Rekabgunj and Fatehganj. Ayodhya, mythologically famous as the birth place of Raam, is just a few kilometers away from Faizabad.

While visiting Faizabad, the tourists must not miss out the different kinds of Awadhi and Mughlai delicacies that are available here. Numerous hotels and eating joints are present in the city to give the tourists a taste of the spicy and delicious food items of the two above-mentioned gharanas. Apart from these foods, other types of foods, like continental and Chinese foods are also available in Faizabad. Chicken dum biriyani, Navratan korma, paratha, puri and sabji, different types of preparations of chicken and mutton, desserts like halwa, sooji, boondi methai etc are very popular among the tourists and the local people of Faizabad.

How to Reach Faizabad

Faizabad is well connected to different cities of the state, like Kanpur, Allahabad, Lucknow, Varanasi and Gorakhpur. Regular bus services by the State Government connect Faziabad with these cities. National Highway 28 and National Highway 96 pass through Faizabad. There are two railway stations in the city, like Faziabad Railway Station and Ayodhya Junction. Kanpur and Varanasi are only 4 km away from Faizabad by train. Lucknow and Allahabad are 3 hours and 5 hours away from the city in train. Direct train is also available from Faizabad which can take a tourist to other different tourist places in the state like Indore, Jhansi and Ujjain. There are a number of express trains that passes through Faizabad and these trains connect the city to Delhi, Kolkata and Mumbai. Allahabad Airport and Lucknow International Airport are the two closest airports from Faizabad (distances 128 km and 144 km respectively).

One can visit Faziabad any time in the year, but during the Parikrama of Ayodhya and other Hindu festivals the city lightens up. Many foreigners assemble in Faizabad at that time.