Though it is one of the oldest cities in north India, Faizabad does not lack any kind of modern transport facilities. It is very well connected by roadways, rail ways and even airways. The connectivity of the city has made Faizabad one of the most important travel destinations for the tourists who want to travel back to time and indulge themselves in the rich historical tradition of India. 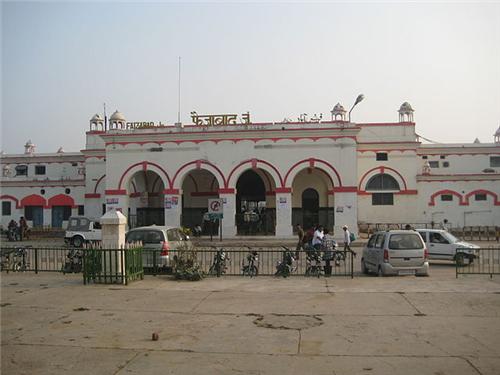 Faizabad is located on National Highway 28. This highway gives the city very good connectivity with some of the most important cities of Uttar Pradesh, like Allahabad, Lucknow, Kanpur and Varanasi. Uttar Pradesh State Transport Corporation has regular bus services to these cities and the services are very frequent as well as cheap. There are several other private bus services available in Faizabad and different categories of buses, like Deluxe A/C buses, general coaches etc are available as per the need of the travelers. Apart from National Highway 28, National Highway 96 also runs near Faizabad and it connects the city with Sultanpur and Jaunpur.

There are two very important train stations in Faizabad and they are Faizabad Junction and Ayodhya Junction.


The Ayodhya Junction is situated in the southern part of Faizabad City, by the banks of Saryu River. The train junction is very well connected with several important cities like Delhi, Lucknow, Kanpur and Allahabad.

Faizabad Junction (Station Code: FD) is the most important railway station in Faizabad. The railway station was established in 1874. From Faizabad Railway Junction, there are intercity trains available which connect Faizabad and Lucknow, as well as Faizabad and Allahabad. There are some trains in the junction that connects the city with Delhi and Mumbai. Earlier this service was under the Oudh and Rohilkhand Railway which is now under the Northern Railways.

Some important trains that start from Faizabad Junction and goes to different parts of India. These trains are considered as one of the most important lifelines of the people living in the city and the district.

Some trains end in Faizabad. People coming to Faizabad mostly prefer these trains as they are one of the most convenient methods of coming to the city.

Other Important Trains at Faizabad Junction

There is an old airport in Faizabad, situated along National Highway 28. But for a long time, the airport has been neglected by the authorities and it did not have enough commercial support to develop itself into a full fledged commercial airport. The Indian Government has been trying to convert the airport into a full fledged domestic airport and the Airport Authority of India has been trying to chalk out plans to develop the airport. Read More